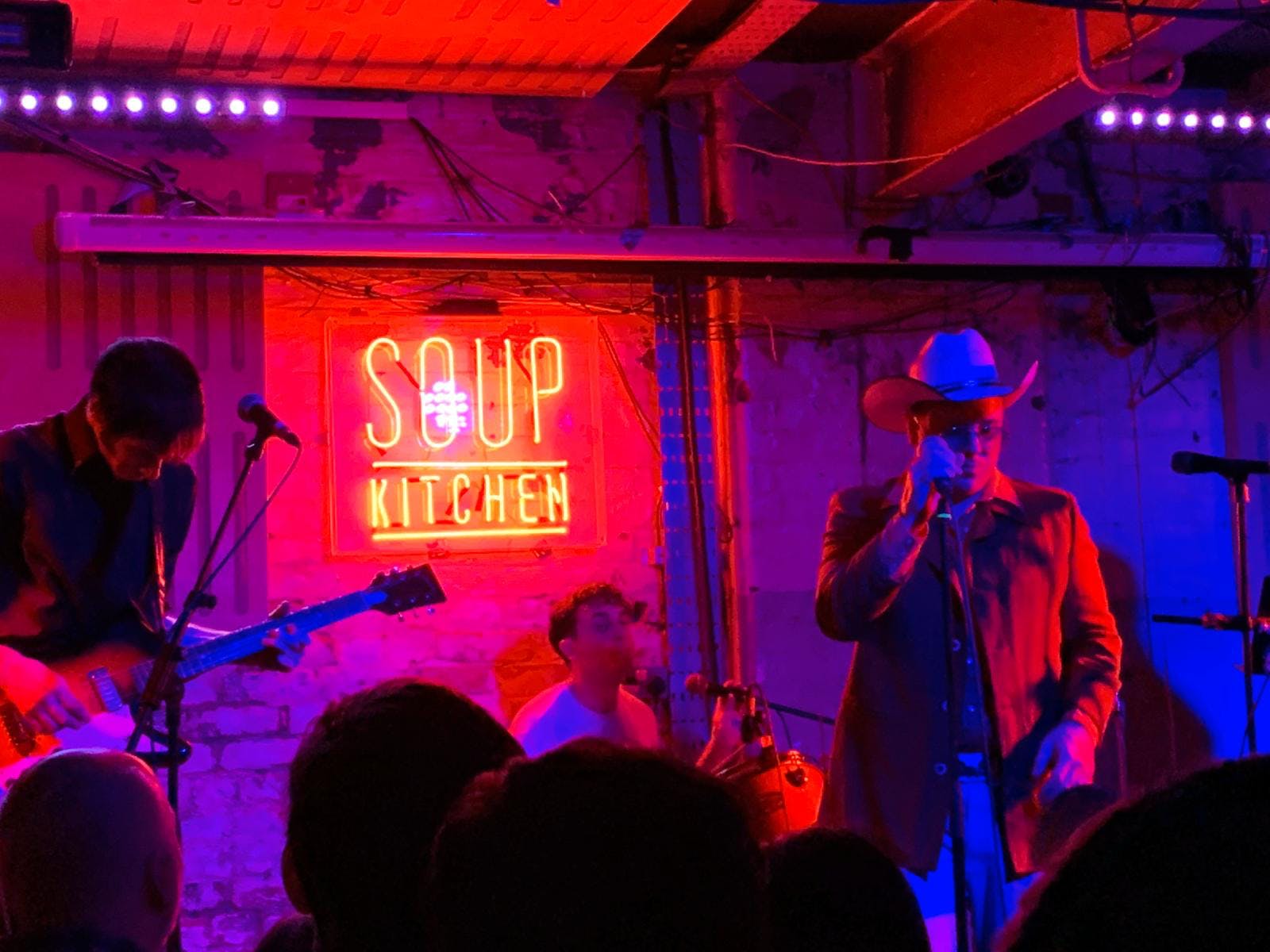 We’re back in Soup Kitchen again (twice in a week?) for the eagerly anticipated, sold out ‘Warmduscher’ show. Here’s what happened when we descended those concrete steps again…

There’s two types of gigs your average Joe will attend. The first… you’re asked what you got up to at the the weekend, and you’ll reply that you “caught a gig” or “saw your mates’ band play” at some half forgotten venue on the edge of town. And then there’s the other type… the one sold out weeks in advance, where you’ve pinned your tickets to your fridge, counted down the hours and talked about nothing else in the days leading up to the event.

Tuesday’s ‘Warmduscher’ show fell comfortably into the latter. And listeners to our podcast will know, we haven’t shut up about them either.

Their latest album, “Tainted Lunch”  was one of our favourite releases in 2019 and tonight’s show was a meal in itself – a hefty main course of eight huge cuts from said LP, plus fan-favourite side helpings including “Salamander”, “1000 Whispers” and “Standing on the Corner”. 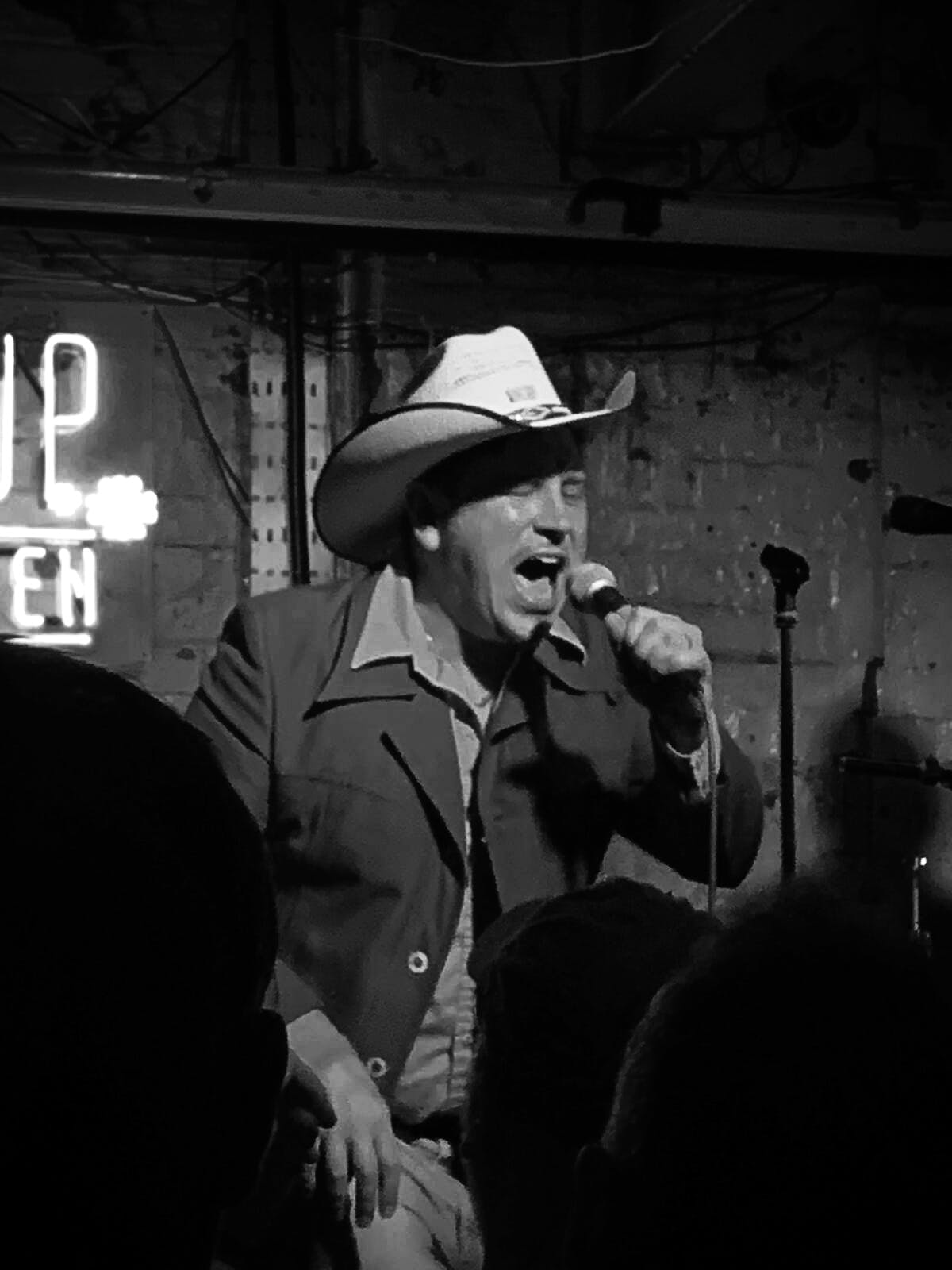 Lead singer Clams Baker Jnr. commanded all eyes in the crowd, epitomising and embodying an ironic caricature of modern day middle America, complete with cowboy hat and collars. There were no calls to build a wall tonight though.

The line up consisted of their usual six-piece outfit, including staple ‘Fat White Family’ guitarist “Quicksand” a.k.a. Adam J Harmer shredding lead and unparalleled noise maker “Little Whiskers” playing an instrument that for the life of us and forty-eight hours of solid Googling, we still haven’t found a name for.

Their seventeen song set was a total delight, Clams’ distinctive snap back vocals accounting for the absent “Kool Kieth” in “Burner”, whilst new hit single “Disco Peanuts” pushed stacks of synthesizers and obscure soundbites into every loose limb in the vicinity – definitely one for the dancers.

Support came in the form of up and comers ‘Loose Articles’, who delivered femme-fatale post punk from the onset. Fans of the band will have noticed their sound develop in recent shows, and they’re resumé last year speaks volumes, supporting the likes of ‘Cabbage’, ‘The Blinders’ and ‘International Teachers of Pop’ in their relatively short career… definitely another of our ones to watch and listen out for in 2020 (wink, wink, nudge nudge).

“Good Energy, Good People, Musical Fuck Fest” were Clams words when we caught him after the show. Couldn’t have put it better myself.