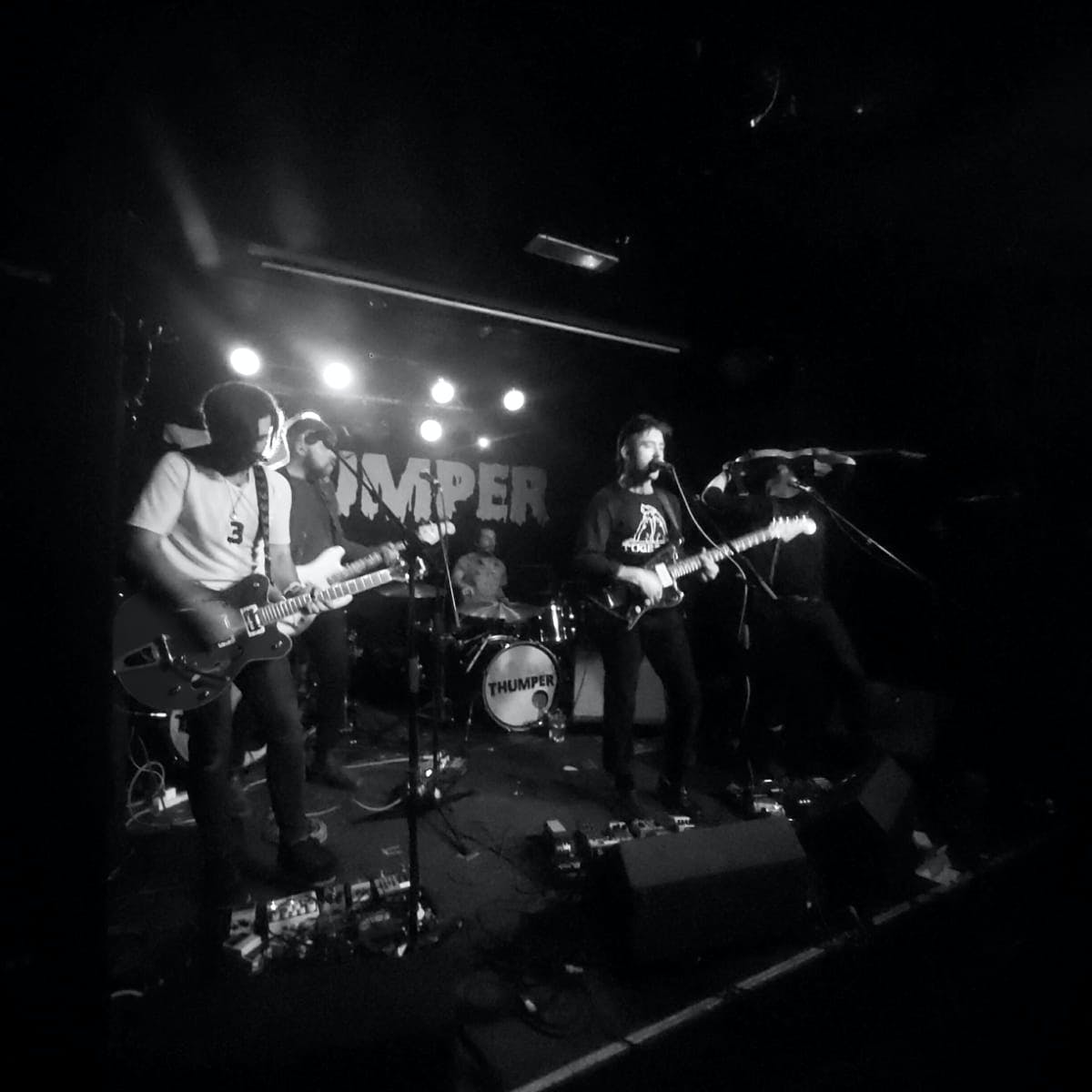 On the back of the reputation that their Eurosonic appearance earned them, we headed to Night People to check out Dublin six-piece noise-punks THUMPER on the eve of the release of their new single. Here’s how it went down…

It’s clear before the opening notes of the first support that THUMPER’S show was about to be something special. Maybe it was the prowess of the two near-identical drum risers stood on opposite sides of the already crammed stage, or whispers of how tight and gifted this latest psyche sextet to set alight the UK from Ireland are… either way we’d heard it direct from promoters’ Scruff of the Neck’s mouths that this one would be one helluva show. 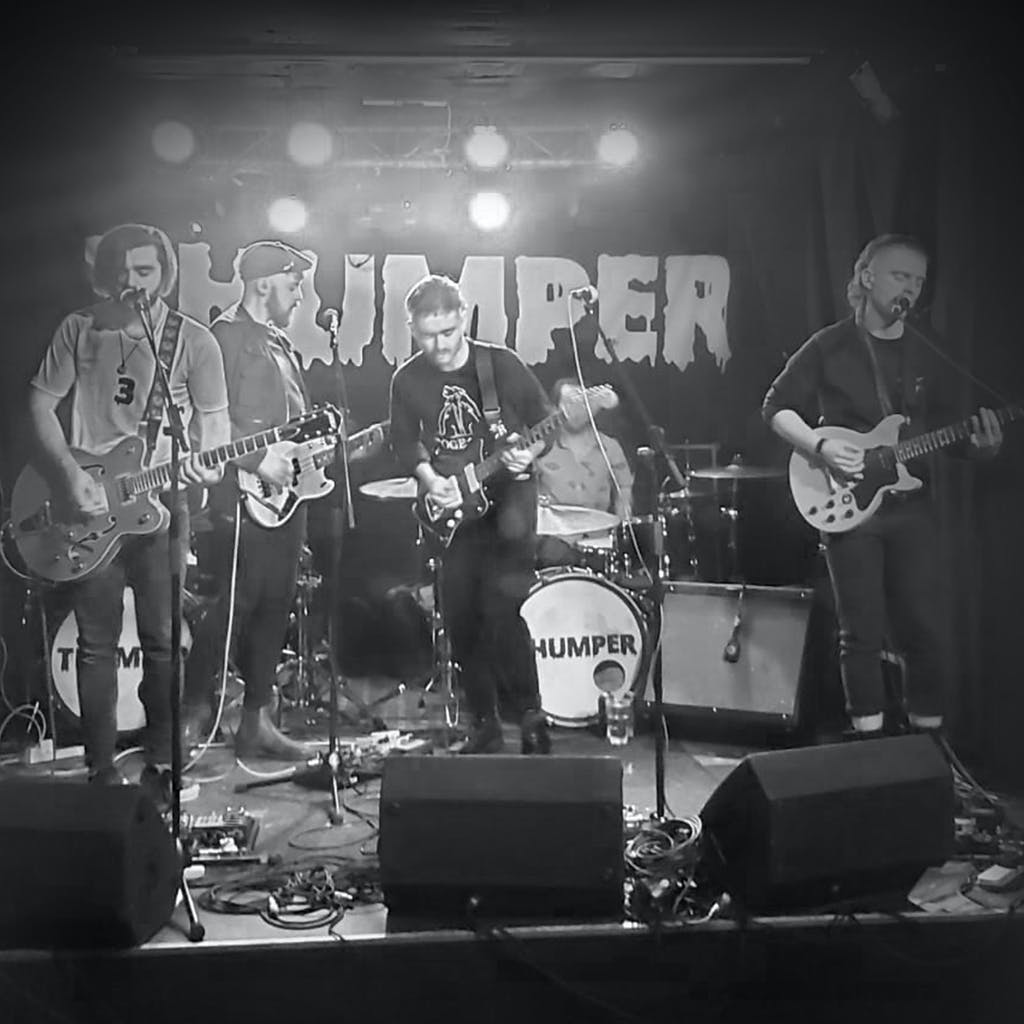 “Well, I want shit for brains, a starfish for an eye
I’m tethered to one place but I don’t wanna leave your side.”

and the Lamacq-tipped ‘In My Room’… when introduced to the crowd this one even merited an enthusiastic squeal in reaction, clearly a fan favourite. Tongue-in-cheek cover of Natasha Beddingfield’s ‘Unwritten’ also went down a storm, not long after which lead singer Oinin continued the remainder of his set from atop of the seldom used Pacman machine in the corner of the venue.

We were treated to two supports acts tonight. Mancunian openers ‘Giant Boys’, armed with a Guitar, a Laptop and two microphones are strictly for fans of Sleaford Mods, trips and psychedelics and repetition in lyricism.

Careering were up next, not ones for the faint of heart. Having just last December embarked on a home & away mini tour from Manchester to London, alongside Hot Snakes and one of our favourites, LIINES, they were back on Mancunian turf once again to bring the heat and warm up the Wheel on a notable cold and rainy night in the city.

Missed out? You can catch THUMPER again this weekend where they play London on Thursday and Brighton Friday.